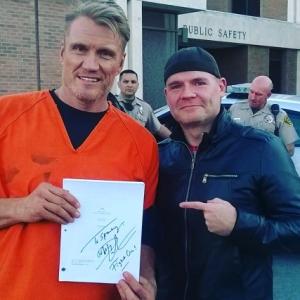 I've been working in the Utah film industry for over ten years, from Office PA to 1st AD. During that time I wrote, produced and directed my own short films, and one low budget feature film. I've sold ten screenplays, three of which have been produced. The latest "Christmas Break-In," stars Danny Glover, Denise Richards, and Cameron Seely. I have three others in different stages of development.