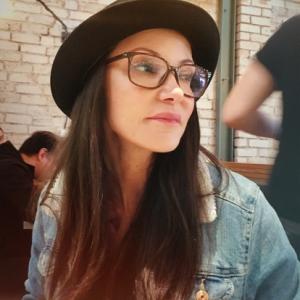 Emmy Award nominated D.J. McPherson is an award-winning, film and television creator, showrunner, writer and producer. She is a fun loving Aussie who shares her time between Melbourne, Australia and Los Angeles, US.

2022 will see DJ heading into production on thriller His Name is Jeremiah.

When a grieving racing car driver witnesses her wife’s murder, she joins forces with a mysterious man who’s as hell bent on getting justice as she is.

A grieving robotics engineer goes to extreme lengths to protect her sons from the global pandemic that took her husband.

HIS NAME IS JEREMIAH

Struggling to adjust when her mother is released from prison, a lonely teen girl with a dangerous gift, finds solace helping a dead boy solve his own murder and along the way unearths horrifying secrets of the past and present.