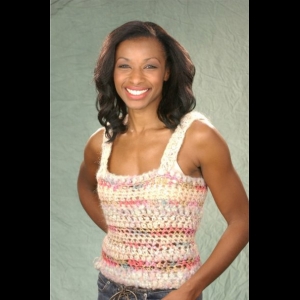 After receiving her Bachelor of Music degree from the prestigious Berklee College of Music, Dezera began her career in the music industry singing with such artist as R&B/POP Diva Miki Howard and Hazel Payne (Part of the famed disco duo A Taste of Honey). She went on to produce a series of her own successful one-woman cabaret shows in New York City. At the same time, she worked with major event planning companies in the New York city area, producing events. She produced several events and this is where her keen creative visual vision and organizational skills were able to flourish.

Also, she performed in the theater for over fifteen years in many Regional, National and European touring productions in such roles as Carlotta in Yeston/Kopit's “Phantom”, Maggie Jones in “42nd Street”, Dionne in “Hair” and Lorelle in “Dreamgirls”. She also booked work as an actress on several union feature film and television sets, helping her develop her strong sense of story and character.

Dezera's eclectic career path bought her a plethora of opportunities, which eventually led her to Rome, Italy to teach. Teaching in Rome afforded Dezera the single most important opportunity for her to have time for writing four screenplays. She was able to further develop her evolving point of view, a nice perk of living overseas. Because she was a very active member in the Roman arts community, she developed a better understanding of the demands of the European aesthetic and this market from the inside. However, after spending six years building a successful business in Rome, Dezera decided it was time to return to Los Angeles to produce her projects. She attended The New York Film Academy, where she received a Master of Fine Arts degree, graduating at the top of her class in 2014. She has produced several short films, winning several international film festival accolades.