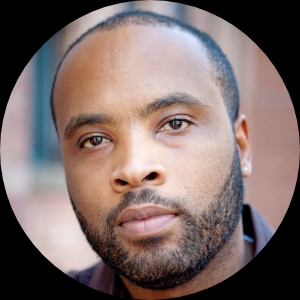 Derrick Cameron is a native of Chicago, IL. He graduated from Morehouse College in 2000 with a B.A. in history. He attended the Graduate Film Conservatory at Florida State University, where he graduated in 2002 with a M.F.A. degree in Motion Picture, Television, and Recording Arts.

While a father and son journey across the Midwest to help their family recover post-slavery, a maniacal bounty hunter from the patriarch's violent past looks to even the score leading to a brutal showdown.