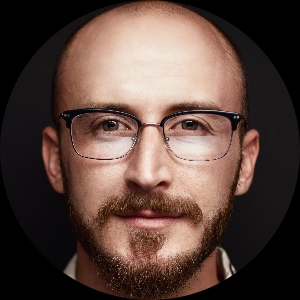 DEREK WEISSBEIN is a screenwriter and mental health worker living in Los Angeles. Derek’s original screenplay, LAYLA AND OTHER ASSORTED LOVE SONGS, based on the life of Eric Clapton, landed on the 2016 Black List survey of top unproduced screenplays and was optioned by LBI Entertainment and Le Grisbi’s John Lesher, and re-optioned in 2018. In 2017, he was hired by Maven Pictures and actress/producer Olivia Cooke to adapt the novel COURTING DANGER which followed tennis pro-turned-WWII spy. In 2022, his spec ALMA was optioned by Umbrelic Entertainment with April Moreau attached to direct. He currently has the rights to a few pieces of IP he is developing. Derek also works with teenagers struggling with various mental health issues including depression, anxiety, addiction, trauma, ED, and gender dysphoria using creative writing as a therapeutic tool.

Derek is currently represented by Adam Perry of APA and Brendan Kenney of Everyday Pictures.

After one of the world’s top pharmaceutical researchers narrowly escapes death and uncovers she’s working for a nefarious company, she must convince a super-soldier black-ops agent that he’s dying so that he will help her sneak back into the U.S from Switzerland.

While docked in a Croatian port town for two weeks, a rigid and awkward Naval officer grows infatuated with an enigmatic sex-worker, whose subsequent disappearance leads him down the rabbit hole of European sex-trafficking.

After a traumatic incident with a high-profile client puts his business’ future in peril, Dallas Well, a gifted therapist and co-owner of a teen mental health treatment center in Malibu, must navigate a PR nightmare and a corporate merger all while battling his own demons.

After their rabbi father doesn’t arrive at his business trip destination, a family embarks on a cross-country journey with their estranged uncle to find him forcing everyone involved to strike a balance in their own lives.

After spending all their money on unsuccessful in-vitro procedures, city-dweller Frank and his wife move back to his small hometown where he must navigate the seedy family dynamic he escaped 15 years earlier. History repeats itself in this generational story as lies and secrets come to a head.

Four women are brought together after adopting dogs from the same litter of rescues. When one of the dogs goes missing, they band together to find her, forming an unlikely friendship in the process.

After receiving a cryptic letter from his estranged father, David wearily journeys into the mountains with his rebellious son in hopes of instilling some discipline in him. While the family reunites, David is haunted by confusing memories of violence from his childhood and begins to doubt his father's intentions.

LAYLA... AND OTHER ASSORTED LOVE SONGS

When a codependent couple discovers they can recapture their honeymoon phase by inhabiting the bodies of others, they begin playing an addictive game to reinvigorate their monotonous relationship while ignoring the ethical and physical implications.

After her brotherʼs suicide and father's disappearance, a Hollywood make-up artist returns to her hometown for answers but instead finds herself in a cat-and-mouse game with with an unseen force driving her down the same rabbit hole that may have killed her brother.