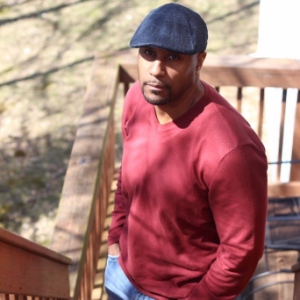 From an early age, Derek Vitatoe began creating storylines that resonate with many people, drawing from real life situations and realities by highlighting them through film and other creative avenues. After devoting over 20+ years of his life to Corporate America holding various leadership roles in Fortune 500 companies such as CVS Health, Johnson and Johnson, and Coca-Cola, Vitatoe discovered his true purpose in life and decided to chase his destiny in film-making.

Derek Vitatoe is widely known for his novels highlighting fictional detective Madeline Harris, the protagonist of the Madeline Harris series. His books, With These Hands and Deacon’s Circle, earned him a host of dedicated and faithful readers waiting in the wings for his next page-turner. Vitatoe then followed up with his first Non-Fiction book titled, Pink Slip Panic: A Manager’s Guide to Keeping Employees Off The Chopping Block.

Continuing to follow and fulfill his passions, Vitatoe began his film career in 2011 by writing, directing, and producing his first short film, Fidelity, which received several accolades and screened at film festivals, including the Texas Black Film Festival. Vitatoe’s most recent film, Anathema, follows the lives of Private Investigator Kylie Morgan, and Detective Anthony Woods as they track down a ruthless killer. This powerful social justice film has won Best Feature Film at the National Black Film Festival and the Circle City Film Festival, along with receiving honorable mentions at several other amazing awards shows during its festival circuit run. Vitatoe puts a great many of his own experiences into his filmmaking vision. He currently has over 4 intriguing scripts written that are in the pipeline to be produced in the near future. His passion for greatness is as deeply rooted in him as his passion for success.

A master’s degree graduate from Central Michigan University, Vitatoe was accepted into the Chaffey Junior College Hall of Fame in 2004, receiving an award for Outstanding Performance and Career Achievement.