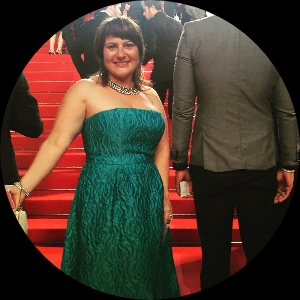 When Denise Papas Meechan, p.g.a. isn’t dusting off the Emmy on her mantle that she received for producing the cult classic TV show SUBWAY Q&A, you’ll find her harvesting macadamia nuts on her farm in between writing sprints .

Her calling could not be denied when her first film, FRECKLES premiered at the Cannes Film Festival. The project was a little bloodier than she was used to at her day job—producing glam-slam shows like FASHION POLICE— but kept her posed squarely on the red carpet where she plans to stay.

It’s no wonder why WE ARE MOVING STORIES Magazine recently named Denise as one of the “most powerful and inspiring voices” in the industry today. She’s also a scuba diver, dog foster mom, and someone who always travels off the tourist path.