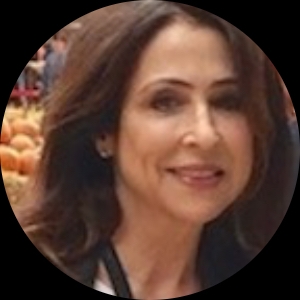 After earning a B.A. in Theatre Arts from Hofstra University and attending the University of Southern California Graduate film producing program, Ms. Williams worked as a Story Editor and Development Executive at several production companies in Los Angeles, including 20th Century Fox, where her job was to find and develop material for film and television. She also served as Vice President of Production at Kopelson Entertainment, before forming her own production company, MakeMagic Productions.

Under this banner, Denise is the writer/producer of the true story, JOHN MACK:THE BELIEVER, co-writer/producer of LOVE AFTER (in development) and the author of the play, A GOOD AMERICAN, which had a Samuel French sponsored staged reading in 2018 to are reviews and was recently chosen for a production at the Tampa, Powerstories Theatre-Voices of Women Festival, in July, 2022. A one night only, live production will be held in Los Angeles on June 23, 2022.

Denise's passion and intention as an artist is to inspire audiences through words and stories to begin to see life from a higher perspective. We are more than this physical reality, we are not alone, and there is meaning and purpose to our lives, are themes that run through her work.