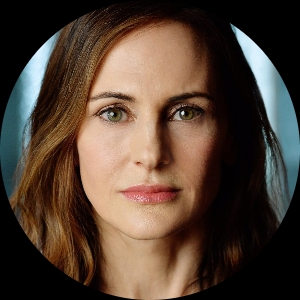 2022 GLAAD/Black List, "BLAZE" Deborah Puette is an award-winning actor-turned-writer/director whose first feature CASH FOR GOLD held a top-ten placement on The Black List's "Real-Time Top List" for over 16 weeks. The project is currently in production with Puette starring and co-directing.

Her pilot BLAZE, a soapy, sexy, food-porn-filled drama about elite Chicago restaurateurs behaving badly, propelled her to the finals for the Warner Bros. Writers' Workshop in 2021 and received the Grand Prize in Roadmap Writer's JumpStart competition late that same year.

In 2018, her single-camera comedy pilot NEW TRICKS advanced in the Sundance Episodic Story Lab and also earned her an invitation to Imagine Entertainment’s “Impact Community,” a curated group of emerging writers hand-picked from over 11,000 applicants by Impact staff. Other pilots include the multi-generational family dramedy PLAY LIKE A GIRL (Finalist, The Writer's Lab 2021) based on her own experience supporting her transgender child within their conservative extended family. Her writing has been recognized by The Writer's Lab, Sundance Episodic Lab, Imagine Impact, Roadmap Writers, The Black List, and the NBCUni Short Film Fest, among others.

Deborah’s acting credits include top TV shows and feature films with Netflix, HBO, ABC, CBS, NBC, Fox, TVLand, Disney, and more, and her work on stage in New York, Chicago, and Los Angeles has won her numerous awards and nominations from every notable award entity in both Chicago and Los Angeles, including the Los Angeles Drama Critics Circle Award for Solo Performance.