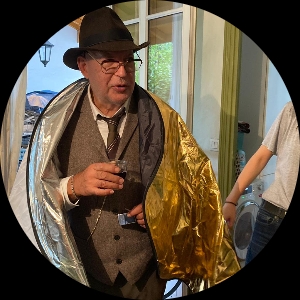 Montreal-born, I am a former Latin America correspondent for BBC, The Times, and former CBC TV News Montreal bureau chief where I covered Quebec's vicious biker gang wars, the backdrop to my feature film script, "Queen of the North." Almost all my work involves strong female leads, inspired in part by a past relationship with a woman traumatised by the murder of her father by thugs with a 2x4 spiked with a nail at one end. She learned to overcome trauma, after falling into a downward spiral of drug addiction and jail time. Her story haunts me still, as do the stories of human resilience and rediscovery of the joy of being alive I collected from victims of war, poverty, and despair in Latin America. I write to honour their courage and will to live. A full-time writer since 2016, I currently live in Medellin, Colombia, where I am researching a script based on the legacy of Pablo Escobar. I have also written two novels, one to be published in France this summer, with two more screenplays in the works. I speak 5 languages, having lived in Nicaragua, Peru, Colombia, Sicily, France and the UK. I have an MA in Romance Languages from U of London, and am an alumnus of ScreenwritingU.