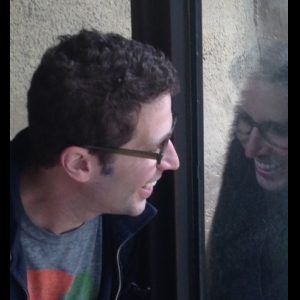 David’s plays have appeared at New York Stage and Film Festival, The Cherry Lane Theatre, Naked Angels and elsewhere. He has optioned features, and showrunners such as Peter Tolan and Mike Judge have shopped his pilots within their studio deals. David is also a copywriter for Netflix, Hulu, FOX Now and similar brands.