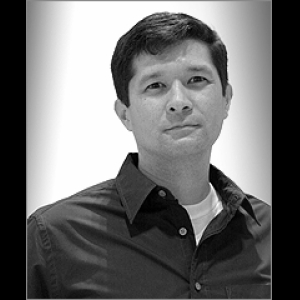 Born in New York City and raised in the suburbs of New Jersey, David Maquiling is a magna cum laude graduate of New York University's Tisch School of the Arts. He made his feature film debut with "Too Much Sleep," which was produced by Michele Medina of Grassland Films and Jason Kliot and Joana Vicente of Open City Films. With "Too Much Sleep," he won an Independent Spirit Award nomination, was featured in Daily Variety’s annual “Someone to Watch” article, and was awarded the IFP Project Involve Fellowship. That same year, David was elected to the Directors Guild of America, where he now serves on the Asian American Committee.

A modern adaptation of a classic Filipino folk story, "Too Much Sleep" had its World Premiere in the Competition Section at the South By Southwest Film Festival, screened at more than 25 international festivals, and earned rave reviews when it was distributed theatrically by The Shooting Gallery (“Sling Blade,” “You Can Count on Me,” “Croupier”).

In The New York Times Dave Kehr wrote, “'Too Much Sleep' is a sharp comedy on the order of Scorsese’s ‘After Hours’...marks Maquiling as a young filmmaker to watch.” Roger Ebert enthusiastically insisted that we must “cherish it as a treasure.” Ty Burr of Entertainment Weekly wrote, “Maquiling has built a mood of lovely comic aplomb. The film leaves a serene glow.”

Kevin Thomas of the Los Angeles Times described "Too Much Sleep" as "a shaggy-dog story full of hilarious and outrageous twists." Michael Wilmington, Chicago Tribune, wrote, "'Too Much Sleep' mixes ‘The Bicycle Thief’ with the daffy buoyancy of ‘Bottle Rocket’.” Steven Rosen, Denver Post, described it as “a wickedly smart indie film that will remind you of Hal Hartley, Wes Anderson, and Jim Jarmusch." Phil Villareal of the Arizona Daily Star wrote, “'Too Much Sleep' could easily end up as someone’s all-time favorite movie.”

Along with Michele Medina, David is the Co-Founder of Maquina Films, which is dedicated to producing narrative and documentary features that address important political and social issues and focus on compelling character-driven stories. He is the Co-Founder of the NewFilmmakers screening series at the Anthology Film Archives in NY, was the Festival Co-Director of the 25th New York Asian International Film Festival, and served as the Head of the Feature Jury for the 22nd Los Angeles Asian Pacific Film Festival.

Currently, he teaches graduate and undergraduate courses in film production at the University of Southern California's School of Cinematic Arts. He is the Lead Faculty for USC's NAI Filmmaking Workshop, where he teaches filmmaking to at-risk high school students, and is the Co-Founder/Lead Faculty for the annual USC MOBY Filmmaking Workshop in Dubai, where he works with Afghani and Ethiopian media professionals to hone their storytelling skills. He is also a faculty member of UCLA’s School of Theater, Film, and Television. David was recently awarded the Fulbright Fellowship to teach film production at the University of the Philippines, Diliman.