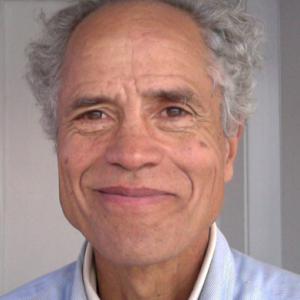 David Grant writes, produces, directs and edits screenplays, docudramas, webisodes, novels, adaptations and essays. Common Lot Productions is the vehicle he has built for his culminating career of provocation, education and entertainment.

He seeks production of four completed screenplays. One is a comic murder mystery in his newly-created genre, “tofu noir.” Another is a magical-realist, this-side-of-absurd, political adventure drama. The third is a What-If… we had a true democracy? The third a road trip by two citizen legislators promoting, respectively, eugenics and a universal basic income. The latter three scripts explore the idea that legislatures and other policy-making bodies be chosen from a pool of qualified citizens by lot, randomly, in order to statistically represent those they serve.

Murder, sex, money, mystery and a big Russian sausage. In a tofu factory.

DEMOCRACY AT RANDOM: #3 OF THE COMMON LOT QUARTET

Free Money, Eugenics, Abolition of War -- What Would You Do?

THE FIGHT FOR RANDOM: #1 OF THE COMMON LOT QUARTET

Led by an shape-shifting shaman, a band of nonviolent revolutionaries struggles against the powers-that-be in order to create a Citizen Legislature which is chosen by lot, as juries are.

RANDOM TAKES OFF: #2 OF THE COMMON LOT QUARTET