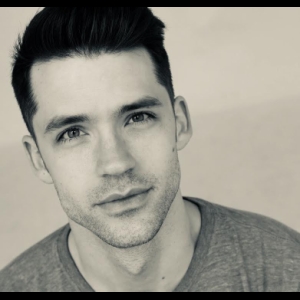 David began writing after the soap opera he was on for three years was “unexpectedly” cancelled. Panicked at only being hired to say lines on TV in his underwear, David created the scripted podcast Western POWDER BURNS (Apple Podcasts) where he said lines in a recording booth fully clothed, with Emmy winning stars John Wesley Shipp, Ed Asner and Robert Vaughn. The show brought him a Voice Arts Award and a spot at the Austin Film Festival in 2017. His relatives questioned why a radio program would go to a film festival. This made for a great Thanksgiving.

His Fonda/Stewart play HANK & JIM BUILD A PLANE was recently optioned by the Tony Award-winning producers at SunnySpot Productions.