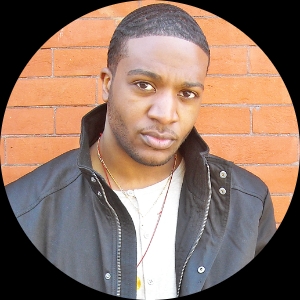 Certain mysteries abide in this world: The Voynich manuscript, Rimbaud's "Le Bateau ivre," Shakespeare's true identity, and the wildly elliptical world of American screenwriter and film director, Das Bleu. Molded by his time spent burning the candle at both ends in New York City, Das's passion for storytelling spawned from an unwavering desire to understand the world through cinema, which he fervently believes is a language spoken between souls that bypasses all words and transcends time.

To Das, stumbling into a story organically rather than chasing down an idea and writing for the cut as if an entire film is right in front of his eyes is the true art of screenwriting. This freewheeling approach to storytelling has allowed Das to write standout screenplays across multiple genres that have placed in several notable screenwriting competitions, including the Austin Film Festival, the Big Apple Film Festival, and the Filmmatic Short Screenplay Awards, to name a few.

Das's latest feature screenplay, a Neo-Noir Crime Thriller titled LADY TRUCK DRIVER, is already garnering buzz while making the rounds in various international screenwriting competitions. His directorial debut short film, THE WIFE OF THE BULLFIGHTER, will be filmed later this year while he furiously continues writing on spec, reading Kierkegaard's parables, and draping himself in the shadows of Chicago, IL.