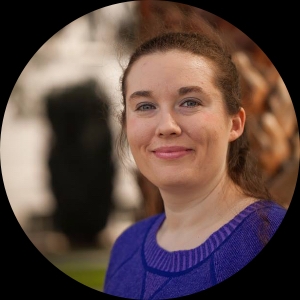 An award-winning writer and published author since the third grade, Danielle Weinberg recently sold her original romcom script Mansion Sitter, in development now with Johnson Production Group. Danielle’s play Murder, Party of Ten debuted in 2020, and in 2022, four festivals selected her comedic short film Down with the Ship.

Danielle is a graduate of the Writing Seminars at the Johns Hopkins University, where she also earned a degree in Film & Media Studies. She has an M.F.A. in Feature Film Screenwriting from Loyola Marymount University in Los Angeles. She worked for Alex Kurtzman and Roberto Orci (Star Trek, Sleepy Hollow) and developed projects for Orlando Jones and Legion of Creatives.

Danielle's writing style is witty and smart, with fun twists and snappy banter. Her influences include Steve Martin, Mel Brooks, Billy Wilder, and Steven Spielberg. She has placed in the Top 10% of the Academy Nicholl Fellowships in Screenwriting, and her pilot Curiosity reached the quarterfinals of the 2023 ScreenCraft TV Pilot Script Competition and Final Draft’s Big Break (2022).