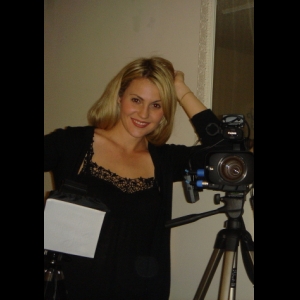 Danielle was raised among the cacti and creosote in the dusty desert of Tucson. She is deeply inspired by her unique upbringing in Arizona, as well as an undying fascination with complicated relationships. Danielle holds an MFA from UCLA’s prestigious School of Theater, Film and Television. Her work has placed in several contests, including Final Draft Big Break, Austin Film Festival and Page International Screenwriting Awards. Her family crime drama, PARADISE VALLEY, was a finalist in the industry esteemed Launch Pad Pilot Competition. The short film that she wrote and directed, GOODNIGHT NOT GOODBYE, is currently in post-production with plans to make the rounds in next year’s festival circuit.