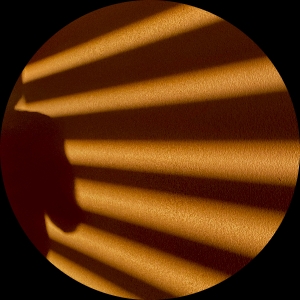 Daniel is a multi award winning filmmaker who through the early exploration of identity, found his reality through the lenses of contrast. Since then he's found success in the many genres he's crossed.

Daniel's short films have earned recognition at festivals & exhibitions both in the U.S. & internationally.  He finished the festival circuit in 2011 showcasing LALO (featuring Billy Magnussen), which garnered the award for BEST SHORT FILM at the HBO/NY Latino International Film Festival and went on to be licensed and nationally broadcast on the SiTV/Nuvo Tv cable network later that year.

As a Creative Capital- On The Radar Artist, Daniel also continues to showcase his experimental works in galleries & museums. Most recently his work with composer Mike Vernusky was featured at Rome’s Maxxi Museum BNL. He also completed his first narrative feature, H.O.M.E. starring Imagen winner Jeremy Ray Valdez, Broadway’s Angela Lin and Mexican Ariel winning actor, Jesús Ochoa. Produced by Darren Dean (The Florida Project), the film premiered at the Museum Of Moving Image in NYC and has gone on screen at over 25 international festivals with nominations from Cinema Tropical to several awards for Best Feature & Best Director.

THE POUNDING ECHO OF THE CUCUBANA & THE COQUI

Six months of longing for the return of a lost cruise ship brings little resolution after its mysterious vanishing. Faith, hope,  prayer and reason conflict in a small Puerto Rican beachside community frozen in time as a blind kiosk worker & her brother struggle with their father’s disappearance. With a parental trans woman & the contradictions of closure that surround them, their journey for answers bring dream-like manifestations and  magical transformations of ancient folklore that may provide answers which religion, mysticism and even rationality cannot in a psychic landscape between the living & the dead.