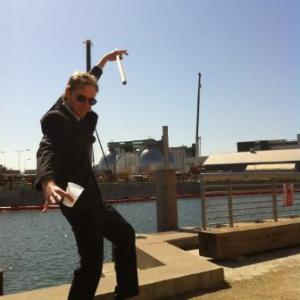 Dan Taft is a Los Angeles based screenwriter, originally from Long Island, New York. A graduate of Norman Steinberg's Television Writers Studio, Dan was a Sundance Episodic Lab Finalist in 2015 & 2018 and an ATX Television Festival Writers Program Selection in 2018 for his original one hour drama pilot, I-95.

After a somewhat traumatic upbringing that saw his father commit suicide, Dan moved to Miami. It was there that he discovered his passion for storytelling, initially working with a close childhood friend on the relatively successful YouTube channel HiddenTrackTV. He would also go on to co-create a spec sports-reality pilot titled The Crossover With Ty Lawson.

Dan moved back to New York from Miami in 2012 to attend the TV Writers Studio Masters Program at LIU Brooklyn. He has written a variety of original pilot screenplays as well as a middle grade novel (which he wrote with two partners). He also worked as Showrunners Assistant on Netflix's COWBOY BEBOP and is currently the Writers Assistant on Amazon's CITADEL.

Between his TV pilots and middle grade novel, Dan hopes to some day be a writing double threat, as he finds the triple threat thing a bit too ambitious.