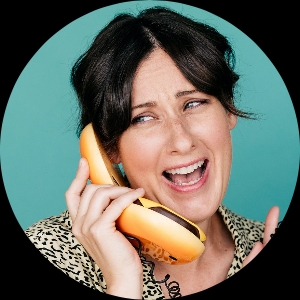 Cristi Rumpza is a screenwriter, filmmaker, and actor from the sprawling, passive-aggressive planes of the Midwest. After graduating from film school with a degree in cinematography, she founded Girls Aren’t Funny Productions, where she co-wrote and directed a dark comedy pilot that premiered at the New York Television Festival. Her experience in production has led to crew positions at Cracked, CollegeHumor, and ABC. In her earlier career, Cristi worked as a juvenile corrections officer, so she can also diffuse a fistfight, should one arise. Her background in social services contributes to the unsavory yet relatable nature of her characters, and she enjoys writing female-driven comedies that shed light on the viewer's moral compass. Her pilot DICKS has advanced at Austin, ScreenCraft, Sundance, Script Pipeline, and The Script Lab. In addition, it recently made the Red List and was chosen for Coverfly's 2022 Pitch Week. In her free time, Cristi volunteers for Angel City Pit Bulls and is a board member at Chicks With Scripts, a resource for female-identifying television writers.