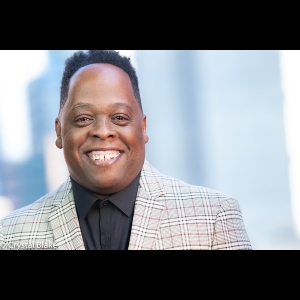 Craig T. Williams is a writer/producer/editor at Red Wall Productions, a film production company he runs with his wife and partner, Rosalyn Coleman Williams.

Craig's newest pilot, Call Me Daddy is a 30 minute dramedy - Tired of waiting for Mrs. Right, an emotionally stunted 40 year old decides to have a child on his own to become the father he never had.

Written during the pandemic Call Me Daddy has been read by Showrunners and EP's.

"Craig, your pilot is so good. I'm blown away. You write with so much heart, honesty and specificity...The highest praise I can give a pilot is to say I want to read/see more. And I can't wait to spend more time with these characters and see how this story unfolds. Wonderful work. Thank you for sharing it with me."

Hope you're having a great weekend.

I just finished your script and really enjoyed it!

I love the characters and it's such a rich and promising world..."

Craig’s feature screenplay “Hanging By A Thread” was a finalist in the 2018 Sundance Screenwriters Lab and was accepted into the Big Vision Empty Wallet 2019 Incubator Program. Hanging By A Thread is in active pre-production, Executive Produced by Academy Award Winner Viola Davis and her husband Julius Tennon. Attachments include Simone Missick star of Luke Cage and the CBS Drama All Rise.

Craig serves on the Board of Directors of FilmShop, a Media Producers and Independent Filmmakers Collective. He is also a member of the Harlem Dramatic TV Writers Workshop and the Black TV and Film Collective. He and his wife have a teenage son, and Craig is mentor for teen filmmakers at Reel Works Mentorship Program in Brooklyn.

HANGING BY A THREAD

A troubled street vendor kidnaps his 11 year old nephew to keep him from being medicated for bipolar disorder.