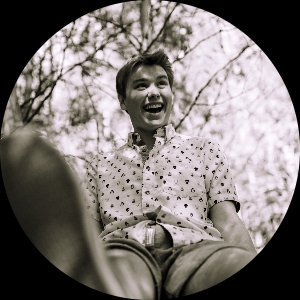 Craig Chisholm has an electrifying passion for screenwriting, directing, and all things filmmaking. Chisholm has felt the pulsing influence of Hollywood from the Bay Area of San Francisco, where he grew up, and his seed for creativity was planted at a very young age by gathering all the neighborhood kids and their families in his backyard where he performed a variety of improvised skits and interactive games. Now at 18 years old, Chisholm has a unique idea for his future. His goal is to write and produce movies that trigger a sense of nostalgia within the viewers and recreate iconic films of various different time periods. Chisholm's strong faith in this dream lies in his belief in how films can bring people, friends, and family together where other methods may not, and how aged movies have shaped us from our childhood to adulthood by inspiring good morals and exposing us to various personalities in characters.