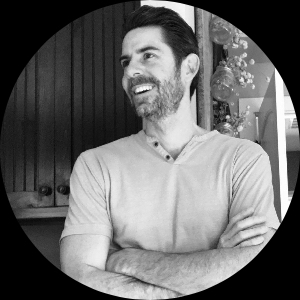 Clint Ross is an award-winning screenwriter with over six feature films. Ross' screenplays have a contemporized 80's/90's vibe and tend to fall within action/horror/thriller categories, as well as inspirational bio-pics.

His spec script TOWER 9 won Roadmap Writer's Jump Start screenwriting competition and placed in the top 50 horror/thriller scripts of The Script Lab’s 2020 contest out of 13,000 screenplays submitted. He’s garnered 8’s on the BlackList where his scripts have trended on the front page.

Ross is currently developing his highly-anticipated pilot, SMALL GROUP, a TV series spinoff of a successful feature film under the same title while starting his latest horror/action film T-BONE JONES AND THE PENTECOSTAL VAMPIRES.

Ross has pitched projects at Burn Later Productions (CRISIS), Sony Affirm (A BEAUTIFUL DAY IN THE NEIGHBORHOOD), & Franklin Entertainment (MIRACLES FROM HEAVEN). He holds a master's degree in Film and Television from Savannah College of Art and Design. He is tall and skinny for no reason and lives in Athens, Georgia where he spends his time refining his carpentry skills and roaming the outdoors with his wife, Lizzie, and two children, Vivian and Whitman.