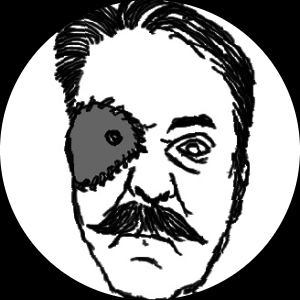 C.J. Walworth is a writer aka Cumberlain Rattlesnake aka Gat Finger. He has won a few awards, ribbons, etc., but really honks his horn is to sell his spec scripts. Gat Finger is his superhero western with elements of comedy woven into a vehicle for the net century, perhaps. His LAST CHANCE spec script deals with what might have happened if two modern boys accidently found a time portal to the 1863 Civil War, and followed the path and accidently changed history. ORTEGA HIGHWAY is is neo nior spec which features a detective with some odd personality traits. Its sequel, RATTLESNAKE DANCER, follows up a few years after the events of ORTEGA HIGHWAY. All of C.J. Walworth's spec screenplays, etc. are held at his GatFinger.com website as well as some MP3/Podcast recordings of his same scripts. And, artwork, etc. C.J. is actively searching for a home for his works. By HOME, he means entire catalog -or- pieces and parts. (Gat Finger is also a TV series WIP, where the story of Gat Finger unfolds over six episodes and sequential seasons.)