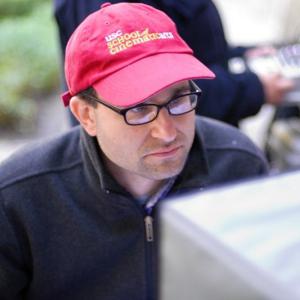 Christopher recently published his first novel, "The Mona Lisa Speaks," an art heist thriller. Christopher’s most recent movie as a writer/director is "This Is Not A Test" - a satire about domestic terrorism that aired on Showtime. He was nominated for an Emmy for his work on James Cameron’s documentary, "Expedition Bismarck," and won a student Academy Award for his short film, "Mr. October". Christopher received his B.A. from Yale University, where he was a Humanities major, and an MFA in film-making from the University of Southern California.