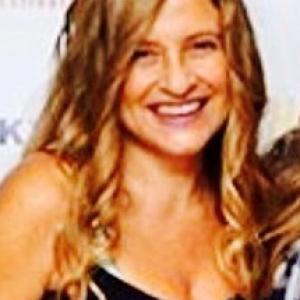 Christina Kallas is the writer-director of the critically-acclaimed ensemble dramas, THE RAINBOW EXPERIMENT (2018) and 42 SECONDS OF HAPPINESS (2016). THE RAINBOW EXPERIMENT debuted at Slamdance and Moscow Int'l, had an impressive festival run at festivals such as Cinequest, Cleveland, St. Louis etc. winning several accolades, and was released worldwide by Gravitas Ventures in 2019. In 2016, Kallas scored on the film festival circuit with her award-winning feature, 42 SECONDS OF HAPPINESS. Prior credits as a writer-producer include the John Hurt-starring political thriller, THE COMMISSIONER; BBC Films and Polygram’s hooligan drama, I.D.; Toronto/Berlin selection, MOTHERS; and European TV series hits, DANNI LOWINSKI and EDEL & STARCK (one-hour dramas). Kallas’ films have played festivals around the world, including the Berlin Film Festival, Toronto, Moscow, Las Palmas and Thessaloniki. Film Threat recently called her “someone to watch; she ought to be on everyone’s radar.’’ In 2019 she was nominated for the inaugural Award This! Best Directress Award alongside Debra Granik, Josephine Decker, Jen McGowan, Mimi Leder, Angie Wang and Chloe Zhao.

Things spiral out of control when a terrible accident involving a science experiment in a Manhattan high school injures a kid for life and creates a glitch in the Matrix. Emotional procedural meets mind bender drama, Russian Doll meets 13 Reasons Why, one-hour series, 10 episodes per season.

PARIS IS IN HARLEM

PARIS IS IN HARLEM is a multi-character mosaic set in 2017, on the day the infamous Cabaret or No Dancing Law was repealed in NYC. It follows several characters through separate but intertwined storylines that converge one winter night during an alleged shooting at a jazz bar in Harlem.