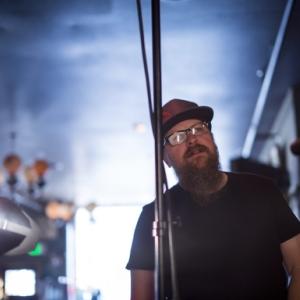 Christian Lybrook is a Los Angeles-based screenwriter and director. He is 2019 Nicholl Fellowship Quarterfinalist for his feature-length crime thriller screenplay Dead Don’t Speak. He was also a 2019 Plume & Pellicule Screenwriting Residency selection in Sierre, Switzerland for his feature-length drama screenplay City of Trees. The script was also named Best Screenplay at the Los Angeles International Screenplay Awards, the Grand Prize Winner at the 2018 StoryPros Competition, and Best Drama at the Low Light Screenwriting Competition. His pilot script for Branded, a western crime drama, was optioned by Witchcraft Motion Picture Co. and was named 1 of 8 dramas named Official Selections at the 2018 New York Television Festival, and a Finalist at the Los Angeles International Screenwriting Awards. His script for the sci-fi western short Carbon won Sun Valley Film Festival's inaugural One Potato Award.

He is a member of the Screenwriting Faculty at the Jacob Krueger Studio, where he works one-on-one with screenwriters of all levels.

Christian is a Fellow of the Independent Filmmaker Project’s (IFP) ScreenForward Lab, and an alumnus of their Project Forum at Independent Film Week, and their No Borders Program. His pilot for the pre-apocalyptic thriller Zero Point (co-created with Gregory Bayne) was selected the first-ever Tribeca Digital Creators Market.

Christian’s films have appeared at film festivals throughout the U.S., including the Tribeca Film Festival, ITVFest, SeriesFest, and the Sun Valley Film Festival.