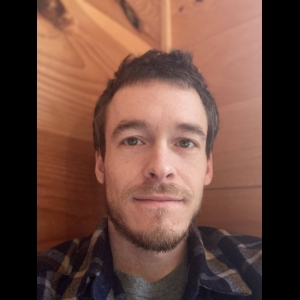 Chris rose through the assistant ranks of Marvel's Agents of SHIELD, culminating in writing an episode in the show's final season, which aired in 2020. During which, he broke, pitched and wrote the script and then was the on-set writer during the filming of the episode.

Coming from a broken home and a childhood of abuse, Chris’s characters tend to mirror the same background and journey he has. Lonely people who sought to become whole again. Universal experiences we’ve all felt. Because of this specificity, his characters can’t help but feel lived in and relatable, as they are taken from real life.

With a degree in History, those true-to-life characters live in worlds inspired by Chris’s education and continued learning, worlds with thought out political, economic, and historical ramifications that feel as fleshed out as the characters who occupy them.

With these two major hallmarks of Chris’s work, he pours himself completely into whatever project he takes up, be it his own, or with someone else, hoping to use his life experiences to make things a little bit easier for someone else, or just to let a viewer or reader know they’re not alone. Because that is what writing, what television and film is meant to do, to bring us together.