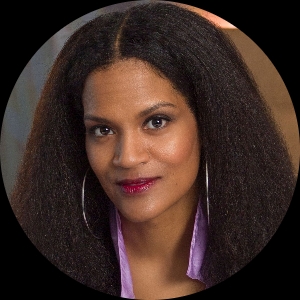 Cherrelle éLan is the change she wishes to see in the world. Since childhood, she has dedicated herself to the pursuit of truthful storytelling through creative media. Blending activism and the arts, she unleashes her voice as an actress and director in Los Angeles. Her mission: to be the powerful change for Black Americans in Hollywood to have a clear path and a valid voice. The D.C.-born creative attended The Duke Ellington School of the Arts, where she would later go on to initiate the first school-wide Media Day, earning her both a National Association of Multi-Ethnicity In Communications (NAMIC) award and a feature in The Newseum. A Magna Cum Laude graduate from Howard University, and Masters graduate from Syracuse University Newhouse School of Communications, she is a member of Alpha Kappa Alpha Sorority; she had the honor of assisting her sorority sister, now Vice President Kamala Harris, during her visit to Los Angeles in 2013 during the 7th Annual Asomugha Foundation Gala. Cherrelle made her television debut as winner of Miss Teen DC and a contestant for Miss Teen USA on CBS, yet she began her career behind the camera. She pitched compelling story ideas and assisted producers for PrimeTime and 20/20 News Magazines and participated in suspenseful undercover consumer investigations. While working with ABC's news team during 9/11, Cherrelle received a Peabody Award for her participation in conducting interviews of victims and heroes. Inspiring curiosity, about the future and understanding of the past, she combines the celebration and preservation of Black culture with artistic direction, intriguing storylines, powerful themes, and magnetic characters. Through her pursuits of creative media, she is enabled to dedicate herself to the truthful telling of stories yet to be heard.

DreamTicket, The Right To Protect, HeadHunters
« »

A fictitious, psychological suspense drama, 69’ Howard University-trained actor, Antar, finds himself on trial for murder until he’s set free with the help of his clairvoyant niece.

Born in crime-infested inner cities of America, two “badass” women, Lynnette Love & Arlene Limas, under the guidance of Grand Master Sang Lee, find their escape as undefeated martial arts champions ever to make history as the only U.S. Tae Kwon Do Team to take first place in the Olympic Games

BLACK IN THE FUTURE

When the past meets the future News Reporter Jackie e’Lan reveals what happens if a series of world “civil riots” actually end mass acts of racism.