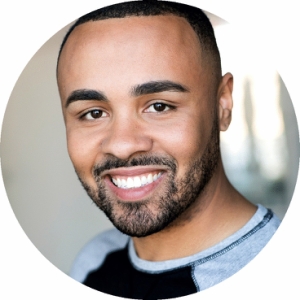 Chase Michael Torrence is an award-winning indie filmmaker and creator whose mission and work are to champion, amplify, and celebrate diverse voices through the art of storytelling.

Chase is a member of the Hillman Grad Mentorship Program, run by the Emmy-award-winning writer and visionary Lena Waithe, where he has written 2 half-hour comedy pilots. One of which, titled DADDY, has gone on to be a semi-finalist in BET Project CRE8 as well as Sundance Episodic Labs.

Chase is best known for his award-winning web series, MIXED BOY JOY, a two-season and 15-episode coming-of-age comedy about the struggles of being biracial. He also wrote, starred, and directed a short film title BOX: A DIGITAL LOVE STORY – all shot in his own apartment during quarantine. BOX has gone on to be recognized as an official selection in the Urban Media Makers Festival and QueerX Fest, hosted by LGBTQ streaming platform Revry. The decorated short film also has gone on to be a semi-finalist at the JellyFilm Festival and a finalist at the Independent Short Fest.

Chase has 7+ years as a television and film marketer for networks such as Hulu, AppleTV+, and Lionsgate as well as a Master’s Degree in Entertainment Industry Administration from California State University Northridge.