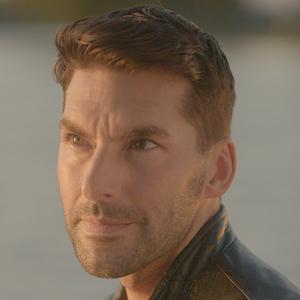 Charlie David has been a host for E! Television, NBC, OutTV, LOGO, here! TV, Pink TV, EGO, Fine Living and Slice Networks on such shows as FYE!, SpyTV, Crash Test Mommy and his travel series Bump which shot 120 episodes around the world and garnered a Hugo Television award. He has appeared as musical guest on VH1, BBC, CBS’s The Early Show, and dozens of radio shows.

In 2005 Out Magazine recognized Charlie David in the ‘Out 100’ at their gala in New York. In 2007 the Philadelphia Film Society awarded Charlie David with their Rising Star Award. In 2008 the Festival del Sol in Gran Canaria awarded their Best Male Actor Award to Charlie David and the male cast of A Four Letter Word. Formerly in a rock band… okay, actually it was a boy band, Charlie David opened for Destiny’s Child, Pink, Snoop Dogg, Rick Springfield and Black Eyed Peas.

A love of storytelling led Charlie David to start Border2Border Entertainment, a production company whose film and television credits include Mulligans, Judas Kiss, Beyond Gay: The Politics of Pride, I’m a Stripper (series), Studlebrity and Positive Youth.

Charlie David is a graduate of the Canadian College of Performing Arts and his current passions include motorcycle cruises, high adrenaline encounters with wildlife, SCUBA diving and sports. He resides in Montréal and Toronto, Canada when he’s not living out of a suitcase.

2035. A global elite controls remaining resources on Earth amid the rising threat of biochemical warfare. A vaccine is needed and Agent Monica Bouvier is ordered undercover to monitor the citizens drafted for trials. A seemingly straight-forward mission gets murky as she tries to distinguish deadly doses and discover if she's been sent to kill or be killed.