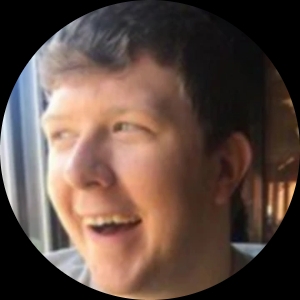 After placing as a 2017 finalist with Script Pipeline's Screenwriting competition, Charles shortly signed with his first literary manager at Kersey management. Charles is a graduate from the State University of New York at Oswego with a degree in Film/Creative Writing who left that cold cold snow life to enjoy the beautiful Santa Ana winds and quakies of lovely Los Angeles.

In 2019, he was awarded a substantial production grant by CNY Arts to write and direct a dark romantic comedy short film titled APOCALYPSE... NOW? IN 2013, Charles co-created a family friendly short sci-fi/horror anthology series that aired on local WCNY PBS. As a writer, Charles has won/placed as a finalist in numerous Screenwriting competitions and is looking to make a splash in the Hollyweird swimming pool.

Charles believes in a progressive society and helping others. The stories he writes are important and contain themes about equality and acceptance. Art can provide those themes and as storytellers, it's important that we do our part to showcase the diversity of the world. The movies we watch should reflect society and its faults as we strive to find a better way to accept and understand each other.

HOT FUZZ meets SCOTT PILGRIM VS. THE WORLD. When two teenagers discover that virgins are being sacrificed by a Doomsday cult to bring about the end of days, they must do what they can to try and stop the event from happening while struggling with their own relationship.

In the tone of BREAKING BAD, an ex computer hacker gets tapped by an underground cyber criminal organization to counter government activity, only to fall deeper down the rabbit hole, learning that the organization has ties to drugs, chemical warfare, and human trafficking.