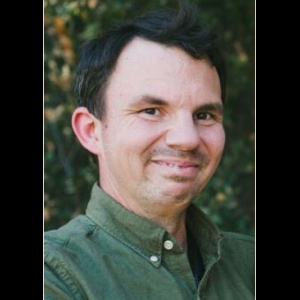 Tom wrote and directed "2BR02B", a short film based on Kurt Vonnegut's short story as well as a pilot of the same name which was a semi-finalist for the Sundance Episodic Labs. He's also written "Ella Minnow Pea", a feature based on Mark Dunn's novel and "Jim Thorpe, PA", an absurd account of what happened to the famed athlete's body after his death. His feature-film directorial debut, "1/2 New Year", was released internationally on most streaming platforms fall of 2019 and won the LAGFF's Orpheus award for Audience Best Picture. Parallel to his writing and directing career he's had a successful career in lighting with credits that include Captain Marvel, Terminator:Genysis, Westworld, The Goldbergs, and dozens more.

Based on the absurd true story, when world famous athlete Jim Thorpe passes away, his widow Patricia takes his body on a cross-country journey determined to find a city willing to build him the biggest memorial, and also support her, resulting in the formation of a new town bearing his name... a place he had never been to.

In a future where immortality is possible, each new life has a price.

When the High Council of Nollop suddenly bans the use of certain letters of the alphabet, Ella finds herself acting to save her friends, family, and fellow citizens from encroaching totalitarianism.