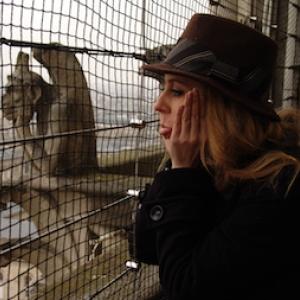 Cat was born in South Carolina but moved to Orlando after Hurricane Hugo made her family’s house beachfront property. An only child, homeschooled, in a religious household (her dad quit his medical practice to go to seminary…NBD) Cat escaped her solitude by gluing herself to Turner Classic Movies and secretly writing her own stories. After majoring in English at Davidson College and studying abroad in Australia and England, Cat got her MFA at USC’s School of Cinematic Arts, where she also met her partner-in-all-things: Brad. Post-graduation, they eloped in Vegas and formed their production company Minx Pictures together. A writer, director, and producer, Cat loves exploring the world she was sheltered from as a child (whether it’s spending her birthday atop the Eiffel Tower, swimming with sharks in the Maldives, or participating in Hindu blessing ceremonies in Bali) and telling uplifting stories to inspire joy, laughter and change.

The Mischievous Case of Cordelia Botkin
« »

The incredible true story of how Marie Grosholtz survived the French Revolution to become Madame Tussaud, the most famous wax worker in history.

A broke married couple try to track down one of the FBI's Most Wanted criminals so they can pay their rent.