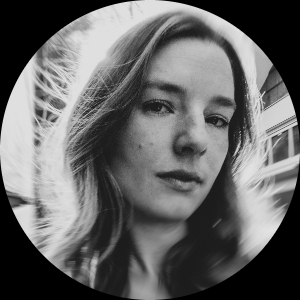 Before taking the plunge into screenwriting, Cat Dale studied archaeology and worked on excavations around the world. Once her Indiana Jones dreams were fulfilled, she headed to Austin to study screenwriting at the University of Texas. When she’s not climbing the Colorado 14ers or skiing uphill, she’s writing television pilots and feature films. She is currently producing her first feature film, which she co-wrote, and is set to shoot late 2018.Her latest script, MOUNT PLEASANT, is the winner of ScreenCraft’s Pilot Launch Competition and 2nd place winner in the Shore Scripts TV Competition. It was also a finalist for the Seed&Spark Fellowship at the Stowe Story Labs, Women in Film + The Black List Episodic Lab, the WeScreenplay's TV Pilot competition, and was a Semifinalist for the International Screenwriting Association's FastTrack Fellowship and ScreenCraft’s Writers’ Residency. In addition, in partnership with ATX Television Festival and The Black List, her script has been sent to HBO, Bad Robot, Carlton Cuse Productions, Okay Goodnight, Annapurna, Kilter Films, and Amblin Entertainment for staffing consideration. MOUNT PLEASANT has also advanced to the Second Round of the Sundance Episodic Lab.

In 1880s Oklahoma, Native children are mandated to attend the Mount Pleasant Indian School by the US Government for "re-education"; but when Lola's brother does not return, she risks her life by leaving the reservation to find out what happened to him.