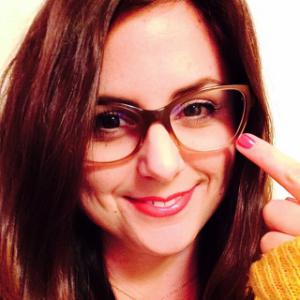 Casey is on staff at WhoHaha, Elizabeth Banks' digital platform for women in comedy. When she's not writing funny memes, she's creating her own work through a film initiative titled Lady Brain, which she received a BlogHer "Voice of the Year" award in 2016. Her work has been featured in Bust Magazine, The Huffington Post, Bustle, Film Threat, and Women and Hollywood.

What if you had to audition in order to become a parent? That’s the challenge all couples face in this alternate-present reality where all men have become barren (turns out cell phones in pockets were a bad idea). So when Wendy and Guy Morris decide to start a family, they have only one option– a reality show called THE BUMP, where couples compete for the greatest prize of all: insemination. It’s like a comedic version of The Handmaid's Tale.

After LA's hottest yoga teacher's violent outburst goes viral, she retreats back home to Jersey in the hopes of cleansing her life and rebuilding her mindfulness empire within a population not known for its inner peace.