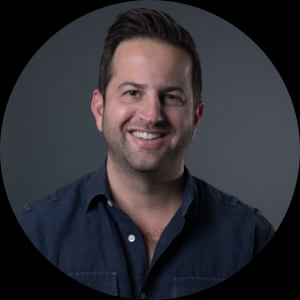 Carlos Gutierrez is a film and television director whose work has won numerous awards, including the prestigious Emmy Award, and has been featured on HBO and Showtime. In the commercial world, Carlos is a highly sought after director who works on national campaigns for Turbo Tax, Princess Cruises, Exxon / Mobil, Chevy and numerous others. His commercial work for clients includes a Super Bowl commercial and PSA's that have won international recognition.

Born and raised in Miami, Carlos Gutierrez did his undergraduate studies at Tufts University, where his honors thesis project, a documentary entitled JOURNEY INTO EXILE, garnered numerous awards in the festival circuits, including the NY Independent Film Festival and the World Fest Houston.

After Tufts, Carlos was awarded a Graduate Fellowship to New York University’s prestigious Master’s Film Program. During his time at NYU, he won the DGA Student Film Awards as Best Latino Filmmaker for his short film SLEIGHT OF HAND, which was an official selection at the Palm Springs Film Festival and won several awards at the First Run Film Festival in New York City. He was also awarded the Grand Prize in the HBO Latino Film Festival Short Film Contest that resulted in his HBO short, LECHON, which was an official selection at the Slamdance Film Festival. Both LECHON and SLEIGHT OF HAND were purchased and aired by the Sí TV network. SLEIGHT OF HAND was also sold nationally in the U.S. with the Sony Playstation (PSP) in a short film compilation titled: ShortsPlay. While still a student at NYU, Carlos’ commercial, TYPECASTING was awarded an Emmy for Best PSA.

Carlos’ NYU thesis film, WET FOOT/DRY FOOT, was nominated for the Student Academy Awards by the AMPTP, and was also selected as winner of the Showtime Network’s Latino Filmmakers Showcase. Carlos’ follow-up film ESCONDIDO was produced by Showtime, premiered on the Showtime Networks. His feature screenplay BLACK & BLUE, was named one of three finalists in the FADE IN Awards for Best Feature Screenplay. Carlos' screenplay SELF STORAGE was runner-up in the BREAKING WALLS Screenplay Contest. His recent short films include VINO TINTO, which won the In Focus Award at the Miami International Film Festival, and MIAMI BEACH, a promotional film for Bacardi & SLS Hotels.

Carlos’ feature film thriller LOCKED IN (starring Mena Suvari & Jeff Fahey) will be released theatrically. He is set to film his next thriller OPEN HOUSE, which he wrote & directed, as his next film.

In addition, Mr. Gutierrez is also a published poet having twice received the Editor’s Choice Award from The International Library of Poetry.

Locked In, Sleight of Hand
Producer
« »

A single mother with severe claustrophobia and her teenage daughter are trapped overnight in a self storage facility with two vicious criminals searching for something hidden in a locker.