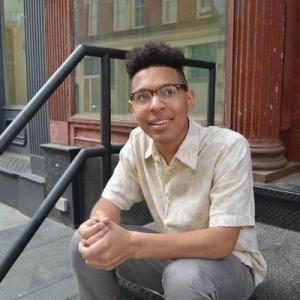 Born and raised in Harlem, New York City, Carlos Renaso always saw himself as a creative. "I'm a writer first and am very particular about getting it right on the page before directing." He began writing poetry at age ten, eventually turning to screenwriting nine years later to tell stories about him and his neighborhood and friends. "It really started with Raging Bull. I saw it and it changed me. Instantly, I had to find out how it was made." He transferred from Binghamton University as a liberal arts major to Hunter College and studied filmmaking under Mick Hurbis-Cherrier. While there, he'd written a crime feature, entitled Uptown Roamers, about the Dominican-American experience but first decided to make a short film showcasing the feature. "Essentially, that's how All-America City was born, but most importantly I wanted to show young Dominican men living onscreen." Carlos is currently developing his feature Uptown Roamers.

In a western land where Magic has been outlawed, a young magician, turned bounty hunter, learns the truth of his family's murder and vows vengeance against the King.