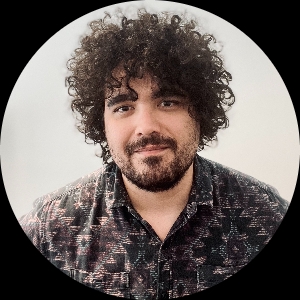 Carlos Nahuel Cerutti is a writer, director and producer that is constantly fixing typographical errors, frequently pointing at things from behind the camera and occasionally improvising on the stage.

After graduating in 2016 from the Universidad de Palermo (Argentina) with a Bachelor’s Degree in Audiovisual Communication, Carlos moved to Chicago to pursue an MFA in Cinema Directing at Columbia College Chicago. His work has screened in over 20 festivals around the world including the Leiden International Film Festival, BAFICI and Cinema/Chicago’s CineYouth Film Festival. In addition to his behind the camera work, Carlos is also an alumnus of the iO Theater in Chicago.