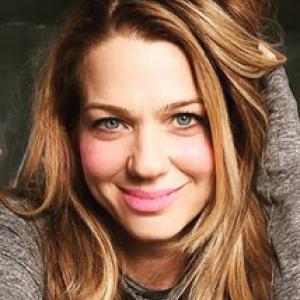 Candace is an writer, actor, and improvisor. An alum of Groundlings Sunday Company, she has performed stand up and improv all over the country. She was a regular sketch performer on The Tonight Show with Jay Leno. and recently shot a pilot for Imagine Television and Fox called WTF America. Candace has written comedy for HBO's newsite, This Just In, as well as Jason Bateman and Will Arnett's company, DUMB DUMB.

Candace recently produced and starred in SHIT KIDS, an independent pilot that premiered at Sundance 2017.

Her television credits include IFC's Comedy Bang Bang, and a recurring role on season 2-4 of Seeso's original comedy Bajillion Dollar Propertie$. She has guest starred on Fox's Mindy Project, ABC's Grey's Anatomy, Desperate Housewives and Suburgatory, NBC's Community, HBO's Real Time with Bill Maher and more. She was a series regular on the improvised comedy Head Case as well as the Sci-Fi hit Torchwood: Miracle Day, both on the STARZ network. She also guest recurred on season 2 of Shameless on Showtime.