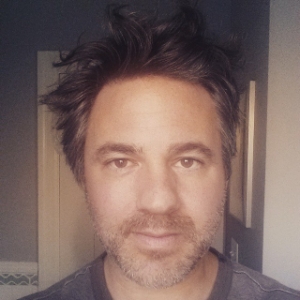 An argument with his wife over the tactical necessity of holding hands during a zombie attack inspired Calvin to write his first screenplay. Before that, this Boston College poli-sci major worked on music videos, commercials, movies, and TV shows as an assistant director before transitioning to a set grip. After selling his script to Screen Gems, he hung up his tool belt to write full time. Calvin loves movies and television dearly, and his greatest wish is to make cool shit with cool people that audiences will fall in love with.

Also, Calvin has a cat named Baba, loves snacks and BBQ, and is hopelessly addicted to escape rooms.