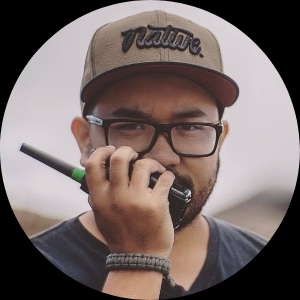 Bryson Chun is an award-winning Native Hawaiian screenwriter and director who was born and raised on the Windward side of O’ahu (96744 Represent). For all of the Hawai’i people reading this who want to know what high school he went to (this is a thing, trust me), he attended the Kamehameha Schools, Kapalama. He grew up with dreams of being both a rockstar and a Broadway actor, which means he’s currently a mediocre drum set player and he takes karaoke way too seriously. In college at the University of Hawai’i he discovered a passion for filmmaking, which combined all of his interests: writing, music, and pretending to understand things out of his depth (French Films, Citizen Kane, Nicholas Cage).

Since then, he has produced narrative and documentary films that have gone on to screen for PBS, The Smithsonian Institution, The Criterion Collection, and at festivals all over the world. He was a writing fellow for Sundance, CAPE, imagineNATIVE, LA Skins, and ‘Ohina Labs, where he was the Greenlight Award recipient for his short entitled Other People. His television pilot script Poi Dogs was recently selected to be part of The Black List’s inaugural Indigenous List, “which spotlights some of the best Indigenous film and television writers working within the U.S.” He holds an MFA in Screenwriting from the Institute of American Indian Arts and is represented by Verve Talent and Literacy Agency. He is currently a Staff Writer for DOOGIE KAMEALOHA, M.D.

When a small-town, high-end Hawai’i dog groomer learns that a hit was put on her on the Dark Web, she has to race to find the culprit among her friends and family before it's too late.