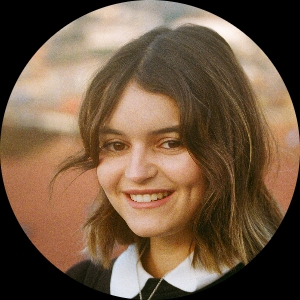 Bruna is an award winning Portuguese Writer/Director and Development Assistant based in LONDON, UK. In 2017, she completed her BA in Sound and Image back in Portugal and in 2018 she packed her dreams and moved to London, UK where she completed her Master's Degree in Film Directing at MET Film School. At 24, Bruna has written and directed a total of 6 short films. She has been a finalist in a number of competitions and festivals including Female Voices Rock Film Fest, Rome Independent Awards and Lift-Off Filmmakers Sessions. Most recently she has been selected as one of the 8 finalist writers to take part in the CANNESERIES UNLIMITED Writer's Residency developing a series with a first look deal with STUDIOCANAL and the CANAL+ family.

As a freelance screenwriter she is currently writing collaboratively on TWO TV SERIES and a FEATURE FILM. After completing three development internships at The Producers Films UK, Blackbox Multimedia and Ugly Duckling Films, she started working full time as a Development Assistant for Ugly Duckling in early 2020.