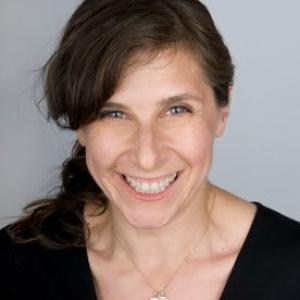 Brooke is an award winning playwright, filmmaker and screenwriter who recently completed principal photography on her debut feature, RAMONA AT MIDLIFE. Brooke wrote and directed the short film, UGGS FOR GAZA which premiered at the Aspen International ShortsFest where it won Audience Special Recognition. ALL SAINTS DAY, a short film she wrote, directed by Will Frears, won Best Narrative Short at the Savannah Film Festival and played at the Tribeca Film Festival. She adapted her play SMASHING for Natalie Portman and has written features for The Mark Gordon Company, Vox Films, Red Crown, and Fugitive.

Brooke's plays have been produced and developed at theaters including: Steppenwolf, Soho Rep, Williamstown Theater Festival, Naked Angels, MCC, Primary Stages, The Humana Festival, and The Bay Area Playwrights Foundation. Internationally, her work has been developed at The Royal Court Theatre, The National Theatre Studio and Pentabus and produced at Red Stitch Theatre in Australia.

Brooke is the author of three nonfiction books including the memoir, No Place Like Home, published by Random House.

She is a graduate of The Juilliard School and Barnard College and a proud member of the WGA and Th eDramatists Guild.

Ramona At Midlife is a dark comedy about a middle aged working mother and former Literary It Girl, who discovers that she may be the subject of a hot filmmaker’s newest project. As Ramona faces up to the wins and losses of her former life - -and repairs the relationships she left in ruins -- she locates her true creative power and is finally ready to become her best self.