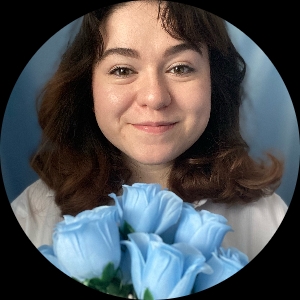 Bri J. Hernandez is a writer, director, and storyboard artist. Their accolades include being selected as a 2022 Outfest Screenwriting Lab Fellow, winning the Robert Foshko Memorial Screenwriting Award, placing as an Austin Film Festival Second Rounder, and being told "they're a pleasure to have in class." Hernandez received their degree in film from the University of Texas at Austin where they studied the fundamentals of filmmaking as well as Queer and Latino media studies. They have a passion and drive for creating dramatic-comedies that center on themes of found family, coming of age, gender and sexuality, and Latino culture with marginalized people being the focus. They currently live in Austin, Texas with their childhood friends.

A closeted transboy must keep his secret life as a male garage band singer away from his traditional Latino mother.