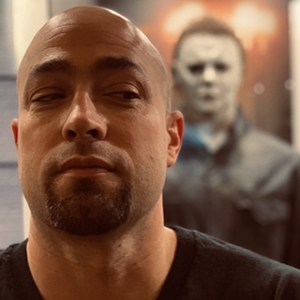 Brian Buccellato is a #1 New York Times best-selling author out of the comic book universe, where he is best-known for his work on DC Comics’ titles THE FLASH, BATMAN, and INJUSTICE. He has a growing fan base for his originals. His fourth creator-owned book, CHICKEN DEVIL debuted in October at New York Comic Con 2021 from Aftershock. He is also created CANNIBAL and SONS OF THE DEVIL from Image Comics, and the graphic novel, FOSTER. In 2017, he completed Universal Feature Writer's Program and was a creator in Dan Lin’s inaugural 2019 TV development Incubator at Rideback, where he developed an original pilot for MRC. In 2021 he sold DANGEROUS GAME to Paramount, a horror spec which is currently in post-production. He also recently completed THE PAINTER, an action feature for producer, Steven Paul, which is set to begin filming in September 2022.

Raised in Queens by a single Puerto Rican mother, Brian originally found his way into comics as a colorist for MARVEL and DC COMICS, before segueing to writing. He got his start in Hollywood working with director Tim Story, assisting on FANTASTIC FOUR, HURRICANE SEASON, and THINK LIKE A MAN. Brian has taken the long road in life and gained a wealth of experience from odd jobs along the way, including steel company work, bartending, and ushering at a movie theater—all of which helped to inform the grounded characters and worlds he now creates. However, Brian’s most influential role in life is father to his twenty-year-old son, Paris, and young daughters Sophia and Olivia.