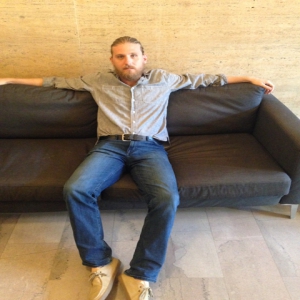 I'm a 2x combat veteran, writer and creator of "The Breakup Agency."

After an attempted hostile takeover and killing of the owner of Harlem's first African-American owned hair supply store by the Korean Beauty Corporation (KBC). Damien, A recently returned Vietnam veteran goes to Korea to extract revenge on those who holds responsible for his father’s death. After killing all of the board members, Damien finds out his father sold his community out and helped the forced gentrification of Harlem and flees Seoul as the Korean Beauty Corporation follows him back to Harlem where the two cultures go to war.

An all female sex workers syndicate save the DNA samples from their famous and wealthy clients to blackmail them out of millions of dollars.

MY NAME IS MATTHEW

When Matthew, a former Marine's Autistic son is killed in the attempted murder of a fellow special education teacher. Brian tries to track down the man who killed him with help from his dead son's spirit.

After helping one of their own out of a failing marriage and garnering the attention of the locals news. A group of combat veterans created, The Breakup Agency to help others out of their dead-end relationships. They never could've imagined that fighting for others emotional emancipation would be harder than the battles they once fought.