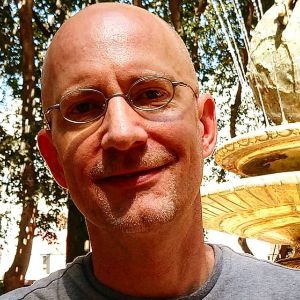 BRENT HARTINGER has had ten original screenplays optioned for film. Four of those projects are currently in various stages of development. Another, the teen caper Project Pay Day, is in post-production for an upcoming release.

Brent is also a novelist, and three of his books have been optioned for film. His fourteen novels include Three Truths and a Lie (Simon & Schuster, 2016), which was nominated for an Edgar Award; and Geography Club (HarperCollins, 2003), which was adapted as a feature film in 2013, co-starring Scott Bakula.

Brent has won First Place in many screenwriting contests, including Acclaim, Fresh Voices, StoryPros, Fade In, the L.A. Comedy Festival, and a Writer’s Network Fellowship.

He currently has no permanent physical address. Instead, Brent continuously travels the world (while continuing to write!). His ongoing journey, which has been featured in Forbes and on CBS Sunday Morning, is documented on the website BrentAndMichaelAreGoingPlaces.com.

Brent is also a former member of the faculty at Vermont College in the MFA program in Writing for Children and Young Adults, and the co-founder of the entertainment website AfterElton.com, which was later sold to MTV/Viacom in a $2.5 million deal.