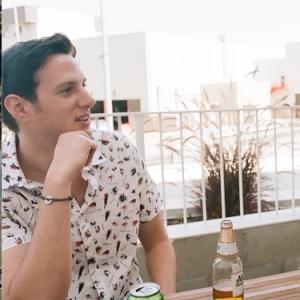 Brandon A. Cohen's work is continually featured on blogs such as Thrillist, Fan Duel, and BroBible. In addition to being a former Contributing Editor at BroBible, his satirical takedowns of bro culture earned him a job as their Official Video Correspondent, and a number of his videos received media attention, including one that went viral and was featured on The Today Show (http://www.today.com/style/man-tries-wearing-high-heels-day-learns-its-hard-t28596). Additionally, Cohen co-wrote the feature THE ESCORT starring Lyndsy Fonseca, Bruce Campbell and Rumer Willis, which premiered at the 2015 LA Film Festival to high praise. A feature Brandon wrote for influencer Brent Rivera, Disney star Nathan Kress, and Nickelodeon star Ryan Newman, ALEXANDER IRL was released on YouTube Red in January of 2017. His action comedy feature script, FIRE ISLAND, made the 2016 Hit List. In the TV world, Brandon's original pilot, BROMOS, made it into the top five of the 2016 Staffing Survey and since August of 2016, Brandon has been working as a writer on the second and third seasons of Disney XD's highest-rated show, WALK THE PRANK.