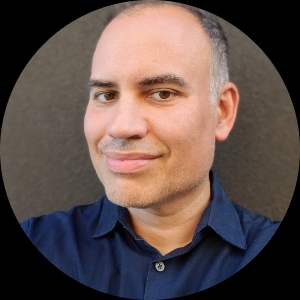 Brandon Burkhart is a Los Angeles-based Latinx comedy writer originally from San Antonio, Texas. He was one of seven writers chosen from over 900 applicants for the 2020 NBC Late Night Writers Workshop.

Brandon specializes in writing about outsider characters who have trouble fitting into "normal" society and use humor to mask their pain. Comedy gold!

His sci-fi sitcom pilot "Mars Bar" was a Finalist in the PAGE Awards, 3rd Place at Cinequest, and was named one of the Top 100 Pilots of 2020 byTracking Board's Launch Pad Pilot Competition.

His horror comedy pilot "Salvador Dolly" won Second Place at WeScreenplay and was a Semi-Finalist in the Filmmatic Horror Screenplay Awards.